Oh, if I had a snacky-snack for every time someone corrected my pronunciation of a Washington place. Naches (Na-cheez), Wapato (WA-pa-to), Dosewallips (doe-say-wall-ips.) I absolutely appreciate pronouncing words correctly, but do you have to be so smug about it?

You know what happens when someone pronounces Illinois as “Ill-i-noise?” I smile and say nothing, because I know in my heart who is the better person.

Did that sound smug?

It finally stopped raining by the morning we were leaving, and it was a muddy mess to clean up.

Of course, being so close to Forks and vaguely familiar with a certain pop culture reference, we stopped at a fun store called Native to Twilight for a couple souvenirs. I only spent $117.

Feeling adventurous, we decided to drive north and follow 101 around the peninsula and back home. It was a worthwhile drive, for even though we were stopped in road construction, it was in the best possible place, alongside Crescent Lake in Olympic National Park. 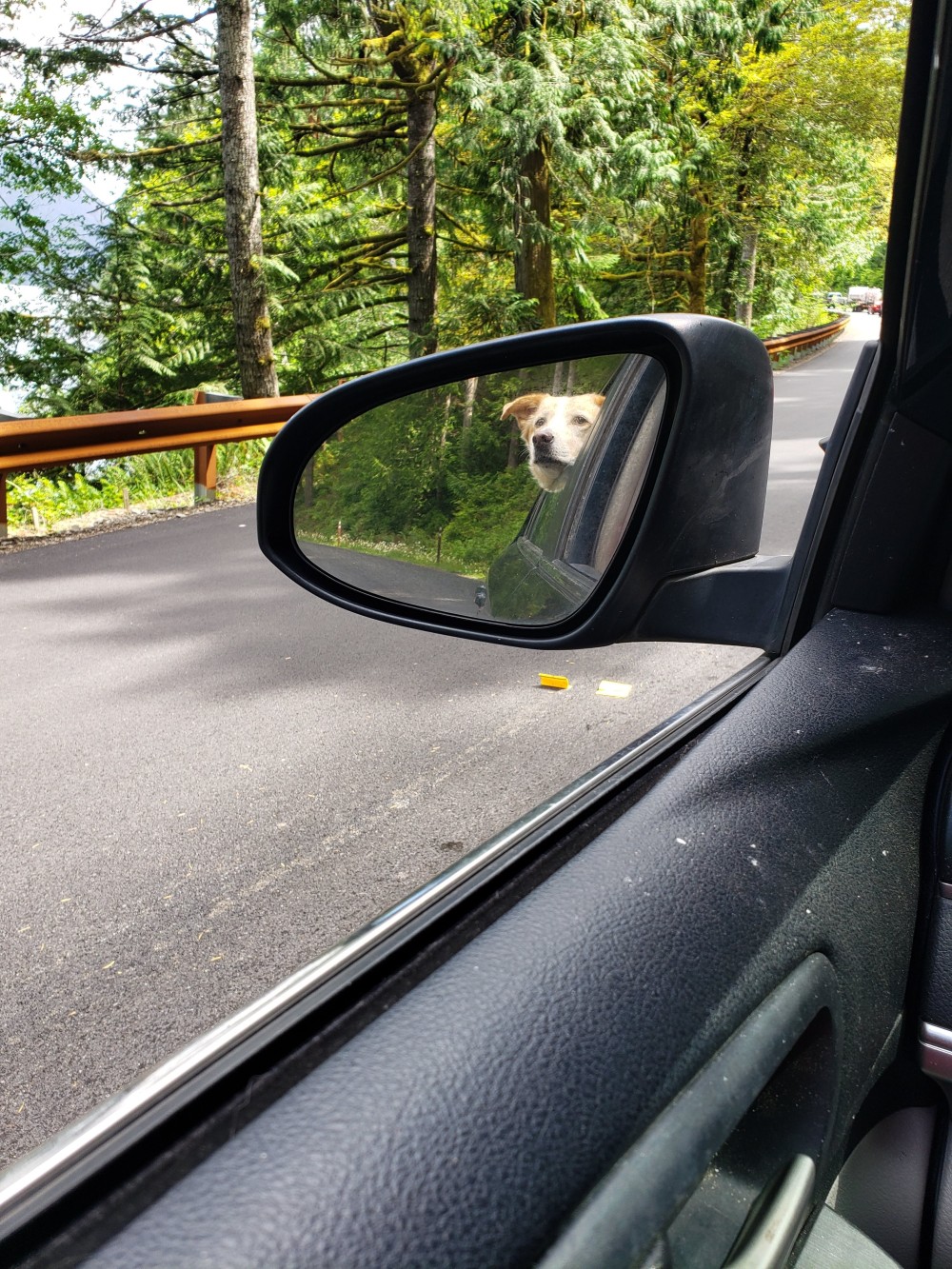 I actually enjoyed this leg of the journey more than the western portion of 101, also driving down along the Hood Canal is breathtaking as well. We stopped in Sequim Bay State Park to eat and let the dogs stretch their legs. We didn’t see much except the campground and the tennis court (!)

Since I began this post with a mild rant, let me end with another. Sequim Bay, like many of the other state parks I have visited along the Olympic Peninsula (Dosewallips, Potlatch, Bogachiel) is located right next to 101. It’s a busy highway. It’s clearly marked on a map. Yet without fail, there are always reviews of these places complaining about how their camping excursion was disturbed by sounds of traffic. Example “It’s so close to the highway!” “Expect to hear large trucks passing all night long!” “Bring earplugs if you want to get any sleep!” “Ugh, I can’t enjoy nature and life has lost all meaning!”

If I can just…real quick…LOOK AT A FUCKING MAP! IF YOU DON’T WANT TO HEAR THE HIGHWAY, DON’T CAMP NEAR THE HIGHWAY! IT’S NOT LIKE YOU’RE STEPPING INTO NARNIA! TREES ARE NOT A MAGICAL SOUNDPROOFING BARRIERS!

If you missed, here’s Part One and Part Two of the Great Olympic Adventure.

View all posts by respekt1111